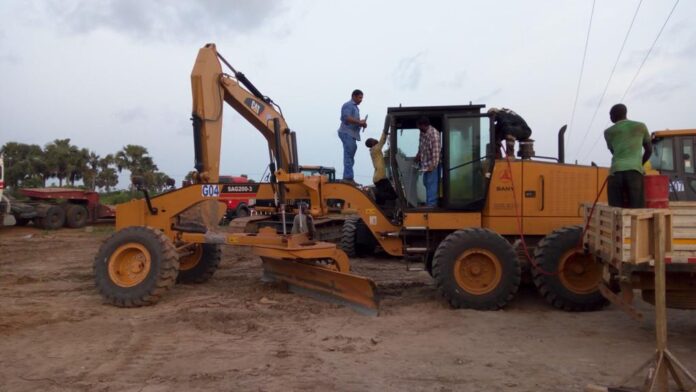 The Ghana Chamber of Construction Industry (GhCCI) says about $1.8 billion is needed to settle debts owed road contractors in the country.

According to the Chief Executive Officer of the GhCCI, Emmanuel Cherry, the debt has been compounded by interest on delayed payment.

The claim follows reports that government has released some GHC800 million to settle some debts owed GETFUND contractors.

Speaking to Francis Abban on the Morning Starr Tuesday, Mr Cherry said contractors are struggling to keep their financiers.

“Altogether government will need about 1.8 billion dollars to settle contractors in the country and that will include interest on delayed payments. Contractors are struggling because we haven’t been paid for so long and it’s causing massive discomfort for us and our families”.

Also lamenting about the situation, Road contractor Patrick Asomaning said payments for jobs done by the Road ministry appears to have been hijacked by the Road Minister.

“For the past three years, they’ve been selective payment of road contractors. The Road Minister will be on radio and say contractors have been paid and those you owe will come after you. Yet nothing has been paid. We are saying that if the Road Minister is not going to pay us, he should stop coming on radio to say he’s paid us.

“In this country, if someone doesn’t hold your hand and take you to the ministry for your money to be paid, you won’t be paid. Is that how things should be done in this country? We are saying that if government wants to win the election, he should pay attention to road contractors”.